Note: Add an image/gallery, table, or whatever

RUSSIAGATE
Then and Now

Mehr News Agency (2021-01-06). Rouhani urges Biden to compensate for US' past mistakes. en.mehrnews.com TEHRAN, Jan. 06 (MNA) — President Hassan Rouhani says the Islamic Republic welcomes any move by US President-elect Joe Biden to "compensate for past mistakes" and return the US to the 2015 nuclear deal with full compliance.

Mehr News Agency (2021-01-06). Russian base targeted in NE Syria: report. en.mehrnews.com TEHRAN, Jan. 06 (MNA) — Syrian Kurdish sources claim that a Russian base near the Syria-Turkey border in Al-Hasakah countryside has been targeted.

Elizabeth Perry (2021-01-05). Debating Maoism in Contemporary China. globalresearch.ca Xi Jinping's frequent references to Mao Zedong, along with Xi's own claims to ideological originality, have fueled debate over the significance of Maoism in the PRC today. | The discussion recalls an earlier debate, at the height of the Cold War, …

Peoples Dispatch (2021-01-05). Iran's decision to raise uranium enrichment level is expected, say Russia, China. peoplesdispatch.org Iran announced on Monday that it has started enriching uranium to up to 20% as per the law passed by its parliament in November and according to the provisions of the 2015 nuclear deal…

Mehr News Agency (2021-01-05). EU says Nuclear Deal still in place. en.mehrnews.com TEHRAN, Jan. 05 (MNA) — EU announced on Tuesday that despite Iran's decision to enrich uranium by 20 percent, other commitments under the JCPOA are still in place.

sputniknews (2021-01-05). Iran to Increase Uranium Enrichment Eightfold, But Keep Purity Below Bomb-Making Levels. sputniknews.com The Israeli government has claimed Iran will soon be capable of building a nuclear bomb, but according to US nuclear scientists, it would be infeasible to do so using the purity to which Iran is now refining its uranium. 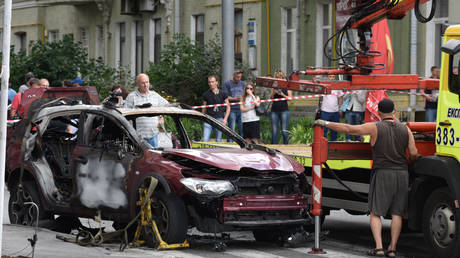 Ukraine's Ministry of Internal Affairs has acknowledged recordings in which agents of Belarus' KGB security service allegedly planned the assassination of Kiev-based journalist Pavel Sheremet, who died in an explosion in 2016. | In comments to UK state broadcaster BBC on Monday, the ministry's spokesman Artem Shevchenko said that the release of a 24-minute tape, reportedly capturing a plot to kill the reporter, supports Kiev's version of events. | Published by the Brussels-based EUobserver news site, the recording is said to have been taken from a bug placed in 2012 in the Minsk office of Vadim Zaitsev, who wa…

Mehr News Agency (2021-01-05). '20% enrichment no violation of Iran's intl. obligations'. en.mehrnews.com TEHRAN, Jan. 05 (MNA) — The Chairman of the Russian Friendship Society with Arab Countries believes that the Islamic Republic of Iran has not violated any of its international obligations by achieving 20% uranium enrichment.

_____ (2021-01-04). This Book Turns Everything You Thought You Knew About North Korea Upside Down. popularresistance.org In the United States today, North Korea is the standard reference point for modern-day totalitarianism: a land of darkness that is considered a dangerous security threat because of the development of nuclear missiles capable of striking the U.S. | A.B. Abrams' new book, Immovable Object: North Korea's 70 Years at War with American Power (Clarity Press, 2020), shows that the common perceptions in the U.S. of North Korea are mostly wrong. | Though the Kim dynasty has ruled through autocratic methods, it has also adopted rational and at times intelligent policies, which have enabled North Korea to weather unpreceden… 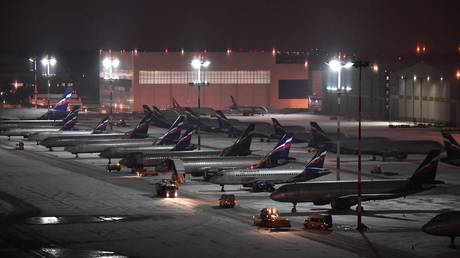 The Russian government will consider developing and distributing new documents for those who have been vaccinated against coronavirus, in an effort to cut risks associated with international travel. | In a series of instructions to officials, published at the end of 2020, President Vladimir Putin ordered policymakers "to consider issuing certificates to people who have been vaccinated against Covid-19 infections using Russian vaccines… for the purpose of enabling citizens to travel across the borders of the Russian Federation and those of other countries." | Russia's Prime Minister, Mikhail Mishustin, has be… 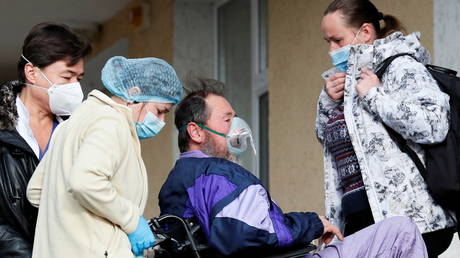 A row in Kiev over the government's decision not to register a Russian-made coronavirus jab has worsened, with one of the country's most senior doctors saying officials are not being straight about the reasons behind the move. | Sergey Kravchenko, the head of the National Medical Chamber of Ukraine, a public organization representing doctors, rubbished claims that Kiev could approve vaccines only once they had completed phase-three trials. Writing on Facebook on Sunday, he said it was "a lie [from health officials] that it is impossible to register the Sputnik V vaccine." | The World Health Organization, he sa… 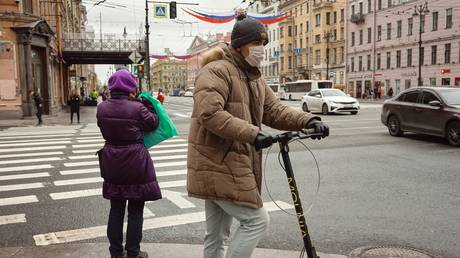 Russia's second city has passed a grim landmark in the country's fight against coronavirus, with St. Petersburg registering more positive tests than the capital for the first time since the pandemic began in the spring of 2020. | On Monday, authorities in the Baltic Sea city reported 3,657 new cases of Covid-19, compared to 3,591 in Moscow. The figure in Europe's largest city is the lowest since early October, and has declined in recent days as the overall national case count has tailed off. St Petersburg, however, has seen its numbers remain relatively constant. | The news comes on the same day bars and resta… 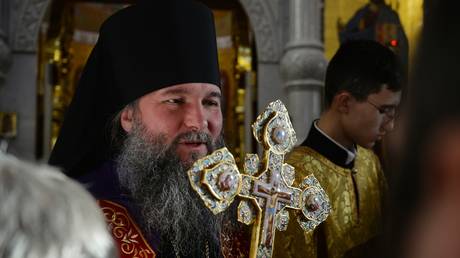 With the coronavirus pandemic still looming large as we enter the new year, one Orthodox bishop has sought to put it all into perspective with a cheery message of hope for his followers, and for people across the world. | The head of the Ekaterinburg diocese, in Russia's Ural region, Metropolitan Evgeny, told local news site E1 that "the most frequently mentioned words in 2020 were 'disease,' 'virus,' and 'pandemic.' They have been said probably just as often as, in 1941, 'Germans,' 'fascists,' and 'war' were." | According to him, at that time, former Soviet leader Joseph Stalin and the Orthodox Church teamed…

Mehr News Agency (2021-01-04). Iran, Russia & Turkey cooperating to push US aside. en.mehrnews.com TEHRAN, Jan. 04 (MNA) — A Zionist newspaper wrote in a report that Iran, Turkey, and Russia are cooperating with one another against the influence and presence of the US in the region.

Mehr News Agency (2021-01-03). A commander with ubiquitous influence on the ground. en.mehrnews.com TEHRAN, Jan. 03 (MNA) — Five years ago in the midst of the Syria war, when militants were only 400 meters away from the Syrian presidential palace, a top Iranian General held a long, unusual meeting with the Russian president for over 2 hours.

Posted by The Hill.

LAVROV Russia Is Against Vaccine Passports For Traveling, It's Contrary to Voluntary Inoculation

Posted by HANDS OFF SYRIA.

A Living Wage and the Fight for $15

This site is produced by you and me.    Thanks for visiting.